Propaganda is a form of information or communication that is used to intentionally change or manipulate opinions of a targeted audience, either for a commercial, political or ideological purposes.

Propaganda has been used extensively in politics, especially in the 20th Century to attempt to change, persuade and promote ideological beliefs and values. Towards the beginning of the 20th century propaganda largely took the form of posters, illustrations and satirical cartoons, as the primary and largest form of communication in this era was printed media. This is evident in first world war posters, propaganda often appeared as posters evoking the home countries own sense of national pride and identity, 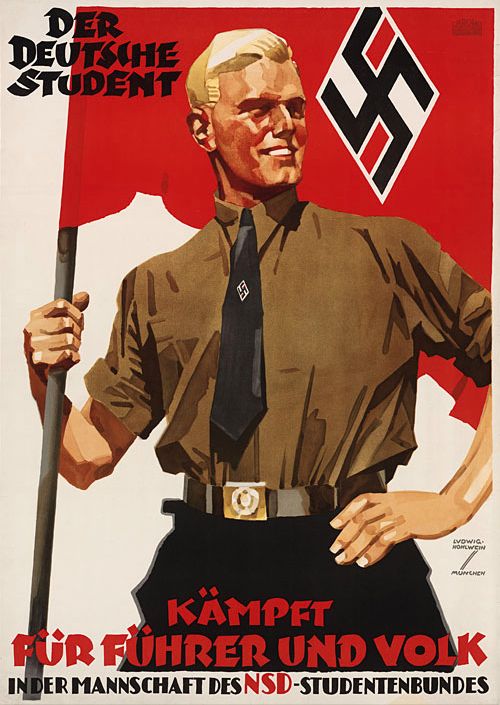 constructed to justify involvement in war and recruit citizens into the war effort. Britain relied heavily on propaganda to conscript soldiers into the military as they did not have a national army . A poster depicting a military line up, with space free for a ‘fit man’ has been designed to illicit guilt and a sense of obligation to the countries cause.

During WW2, Hitler’s approach to propaganda was based upon an informed understanding of it’s importance and how it could be used to appeal to a nation’s sense of fear and pride. He ran an effective and persuasive campaign that stretched across a multitude of medias, which now extended to radio, TV and film as well as the traditional print medias. Nazi Germany propaganda existed by controlling these mediums to prevent any detrimental or damaging messages being spread about the party.

Similar techniques have been used by current American president, Donald Trump who
labels potentially detrimental news stories as ‘fake news’ in an attempt to discredit opposing political values. Political propaganda today has drastically changed as it’s never been so easy to create and spread due to the evolution of mass medias and invention of the internet, smart phones and social media. It now utilises all these platforms much like advertisements do today, everything from tweets to TV spots for political parties.

Although advertisements may use similar techniques and mediums as political propaganda like persuasive language and visual codes to deliver their message, adverts are attempting to sell a product or services rather than an idealogical belief.

The above image is a Ford commercial for it’s new ‘Urban Activity Vehicle’. The signifiers in the image are a key, text and the colour blue. The key is cut into the shapes of buildings that connotes a city landscape, a symbol that should be universally recognisable. The text ‘the city is in your hands’ in an anchorage as it helps the viewer interpret the image and suggests that Ford’s new car range is excellent for city driving. Here the colour blue could portray the sky against the city line and is also associated with Ford’s brand identity. The signs in this advert have a syntagmatic relationship, as interpreting each element in a sequential order helps us understand the message. The advert is a metonymic code because as the association between the different signs lead us to make assumptions; the key becomes key to the city so Ford’s new car is your key to the city and therefore worth buying. 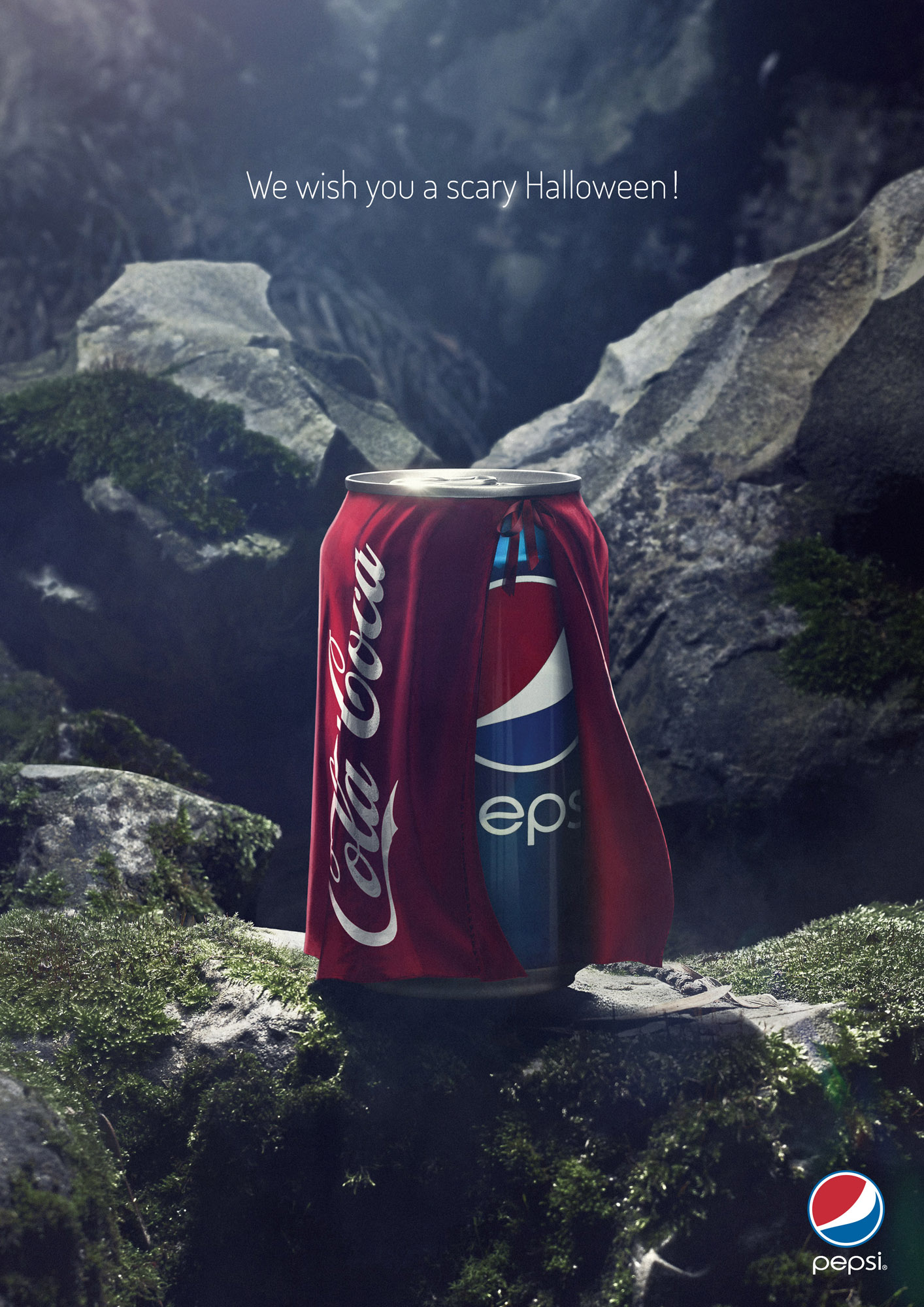 This poster created by Pepsi, advertises their well known soft drink. The signifiers in the image are the colours, blue and red, text, a can and symbols (logos). The signified is Pepsi wearing Coca Cola as a halloween costume. The colours are used to connote brandidentity, both Pepsi and Coke have established such strong brand identities that they can be identified by their basic colours. The text acts as anchorage helping the viewer to understand that Pepsi has only dressed as a halloween costume and implying Pepsi is the superior product.

Interestingly a counter advert was created, an example of adbusting, it has appropriated the original image to portray Coke as the superior brand by changing the text to ‘everybody want to be a hero’, it subverts the meaning of the advert and implies that Pepsi aspires to be like Coke instead by dressing up as them instead.

Political or religious propaganda and adverts both attempt to persuade their targeted audiences to take action. Adverts attempt to manipulate consumer behaviour through the selective presentation or exaggeration of information about their product/service, whereas religious propaganda attempts to change their audiences behaviour by playing on their emotions to encourage them to conform to their ideologies. Both use similar mediums and formats to portray their message and both can be simple and

culturally relevant to construct associations and ideas that promote their cause. However, adverts are restricted by regulations to prevent brands using misinformation to sell their products, consequently adverts are often more subversive in their approach to convince audiences to buy, whereas political or religious propaganda can be more overt in both the imagery and language they use.